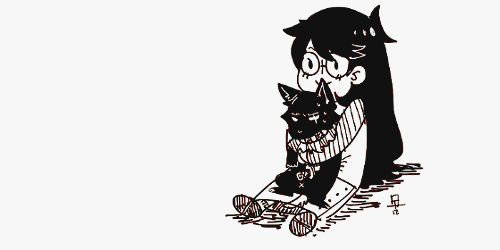 this page is constantly under construction! i will try to maintain it as much as i can but i wont make any promises. this page is for cataloguing all my memories that i have recovered as jade harley.

grandpa died when i was very young but i remember little things about him. he was kind of distant and he liked to give me things to play with but he was always very eager to share things he loved with me. after he died, bec took care of me. i knew i wasnt a dog but i remember wishing i was so that bec could be my real dad sometimes? i had no idea how powerful he was just that he was always there for me when i needed him. he was kind of over protective and i didnt get to have a lot of freedom at times but i still loved him. he was the only friend and parent i had.

bec taught me how to read and write. grandpa started the process and i could write my name and stuff but bec really made sure i knew how to talk like a human. it sounds weird i know but it wasnt weird to me until davesprite pointed it out lol

i reeeeeeally loved prospit and it hurt that i couldnt really tell everyone about it. it was the only time i got to see other people especially john. i used to sneak over to derse if i was feeling particularly adventurous to see if dave or rose had woken up but they never woke up before the game :x!!! i liked the clouds a lot because it gave me something to look forward to. just living with bec on the island was hard because i never had anything to look forward to or aspire to. the clouds let me know i was going to be able to be with my friends eventually and i was thankful for them for telling me that. i might update this with stuff i saw in the clouds if i ever remember that!

the clouds did tell me that the only way i would meet my friends would be through the game and that the game happen. i remember that.

dave, john and rose all went to public school and would tell me about that! i used to nap when they were at school and wake up when they came back home. dave would stay up late with me even when he had school in the morning because he knew i would probably be awake anyway :p i remember they all had some kind of middle school dance function thingy around the same time and kind of complaining about it and i didnt really understand it until dave explained it to me. i teased him about it and he went just to say he did to prove it to me or something.....he used to do things like that lol. i remember i got bummed out because i couldnt go with him so he voice called me there and said later that we could have our own dorky middle schooler dance with john and rose some day if i wanted :)

john used to organize movie nights and always tried to get us to watch movies together but i always fell asleep before them so they would go ahead without me. the first movie i ever saw was on the ship!

rose got me to read books with her from time to time. she didnt really like my books on astronomy and nuclear sciences but they were precious to me because my grandpa left them behind. its ok though because i didnt really get her psychology books either! :p

dave and i made a lot of music together and he would make me mixtapes! he sent them to me through the internet like i would have to download them......he wanted to send me stuff in the mail but it was hard to do so with his bro and stuff :\ when i got the hang of it i sent him mixtapes too!

in general we were all very close friends. sometimes i had difficulty getting to hang out with all of them at the same time but we usually said hi to each other on a daily basis at least. they were the only people i talked to regularly but i had a couple other internet friends i spoke to. but john, rose and dave were my very BEST friends and they were my family like bec was my family!!!!

john and i used to pick on each other a lot and we had very similar senses of humor.... he used to play pranks on me and think he was just the bees knees for it. but sometimes i got to prank him and he wouldnt eeeeeeever admit it heheh

the game went as you read it did for me, my dreamself died and i merged with jadesprite. the only thing different i remember is that playing the game affected our eye colors. my eyes were blue before we started the game, i think because jane is my mom and her eyes were maybe naturally blue? idk.... well anyway my eyes were bright green after that!

davesprite and i dated on the ship but a little before we met up with everyone he broke up with me. things continued like they did but the main differences were after john did his retcony thing!

a short list of the things that were different:


i dont exactly remember how we defeated lord english. in fact im not sure we understood it even when vriska explained it to us :P but i do remember going through the door. when we did even the people who were not godtier became immortal! we started off at the beginning of that earths timeline, mainly i remember making sure things were the way we wanted them to. some of the animals were mixes of creatures from the trolls planet and earth animals?? i remember frogs were the same though as well as snakes, for some reason this was very interesting to me. i dont remember if i studied this or not but i have a feeling i did!

it took about a year but i remembered everything from the first timeline. i was the first to remember. i didnt tell john for a while but i think dave told him when things got kind of obvious, and i remember it kind of helped him with his depression.

dave and karkat and i were very close but karkat had difficulty remembering his part in the first timeline, it was a bit of a strain on our friendship and i remember we all started fighting so i moved out into my own hive. terezi kind of lived with me and dave and karkat because she thought it was appropriate since we were all running troll kingdom or something lol i didnt really pay attention and was just happy to have someone over often ^^;; so it wasnt all bad but things were definitely strained.
i dont really want to get too deep into it but dave and karkat broke up after roses wedding. neither of them talked to me much during it (it being rose and kanayas wedding).

jake and i got pretty close and i helped him kind of ease his way back into his relationship with dirk. i dont remember the details but i think part of it was because i was so frustrated watching dave and karkat fumble with their jealousy and communication issues? 9_9

speaking of dirk we got along really well. he ended up being something like an older brother to me. we used to watch mlp together a lot and he was the only person who really got my nostalgic love for kids shows!!!! and he was trying his hardest for jake which i really appreciated.

there was a lot of relationship drama i dont care to get into but the general gist is i remember being with dave and eventually marrying him. karkat was uninvolved in these particular events and it was his own choice.

i helped kanaya and rose out with the broods a lot. they used to call all the broods their kids even if rose acted very hohom and sarcastic about it :P